Because of its rich nutrition, sweet and sour taste and attractive taste, yogurt is favored by many people, especially girls who "love it" every morning or after dinner like to drink a cup, and believe that yogurt can lose weight.

So, does yogurt really have the efficacy and nutritional value of Internet transmission? After eating yogurt can promote digestion and weight loss is reliable? See what the truth is. 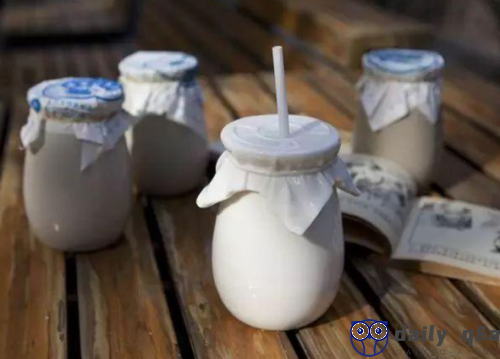 What nutritional value does yoghurt have?

Yoghurt is a kind of milk product which takes milk, sugar and lactobacillus starter as raw materials, pasteurized and then added beneficial bacteria (starter) to milk, and then cooled and filled after fermentation.

Yogurt not only preserves all the nutrients in milk, but also makes nutrients more easily digested and absorbed by the human body due to the fermentation process.

The fat content of yogurt is between 0.5% and 3%. Drinking a cup of yogurt every day can improve cholesterol and blood lipid.

After the action of lactic acid bacteria, the fat globules in milk are smaller and can be absorbed by the small intestine almost without digestion, which makes the utilization rate of fat globules improve.

Milk originally contains about 4.6% lactose. During the fermentation of yoghurt, part of it turns into lactic acid and other organic acids, which alleviates the problem of "lactose intolerance" in Asians. Lactic acid bacteria can also produce a large number of "lactase" to help the human body eliminate lactose.

Drink yoghurt after meal can promote digestion to lose weight?

Rumor has it that after eating about 2 hours of yogurt, the pH value of human gastric juice will rise to 3-5, which can promote digestion and achieve the effect of weight loss. But is it really the case?

Unfortunately, there is no such good thing.

Some experts say that yogurt is only more friendly to the human intestinal tract and can reduce the risk of gastrointestinal tract infection. However, according to the current evidence, yogurt itself does not correct the body's irregular, incorrect or low frequency gastrointestinal movement, nor does it have digestive enzymes and can not really help digest other substances.

As for some yoghurt and Lactobacillus drinks added with probiotics, can they help digestion? In fact, it has no direct effect.

Because the main role of probiotics is to promote the health of the intestinal digestive system by inhibiting the reproduction of harmful bacteria in the intestine, thus indirectly helping food digestion. Of course, the premise is that we drink yogurt to supplement probiotics.

We should know that drinking yogurt does not mean supplementing probiotics, because there is a strict definition of probiotics in the international community: only the living, sufficient quantity and beneficial effects on the host can be called "probiotics". In other words, it is meaningless that the number of live strains does not reach a certain order of magnitude.

In addition, yogurt is more popular in the market. If you are already full, drinking yogurt is an extra sugar, which will be fuller and harder to digest.

Last：How can astronauts brush their teeth

Next：Spinach can't be eaten with what