The shortest nation in the world:Pygmies

The shortest nation in the world

Pygmies are the earliest inhabitants of Central Africa and the inheritors of prehistoric Sangha civilization. Today it is distributed in dense forests in Congo, Congo, Burundi, Rwanda and Uganda. The average height of an adult pygmy is 1.2 to 1.3 meters, with a maximum of 1.4 meters and a weight of less than 50 kg.

Pygmies generally mature in physiological function when they are 8 to 9 years old, begin to have sex and have children. They practiced monogamy, and a dozen or dozens of families formed a large or small tribe. The fruits of labor were evenly distributed by the respected tribal leaders and lived a clan social life. The pygmies knew the use of fire for a long time when they ate cooked food, but they did not know how to get the fire. Therefore, the preservation of fire became an important daily work for women.

Pygmies have their own language, but no words. They do not have the concept of numbers and time, so they do not know their age. It is estimated that their life expectancy is generally between 30 and 40 years old. They regard the forest as the Almighty parents, so they are not allowed to cut down trees at will. Only after the trees die naturally and the branches and leaves wither, can they get them to make a fire for cooking.

The pygmies built their houses without bricks, tiles and stones. Instead, they used local materials, such as plantain leaves or palm leaves, to build a simple oval hut with a height of 1.5 meters. The huts are built orderly according to the small communities. Each family is independent and connected to form a circle. The elder's house is located in the center of the circle. The light in the forest is dim, and the small houses are hidden in tall plants, which are easy to avoid the attack of wild animals. 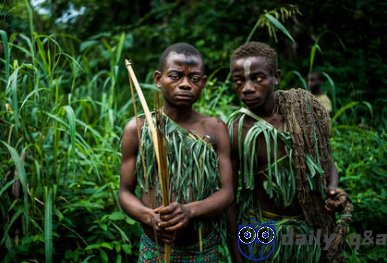 Last：The harm of drinking cola for a long time