Tea scale is produced by oxidation of tea polyphenols

Now many people like to drink tea. They like to drink a cup of warm tea on a cool morning to give the day a beautiful start. Whether it's ceramic, glass or enamel vessels, there will be tea stains in the cup after one or two times of use, but over time, it has become the biggest flaw that destroys the good atmosphere. What can we do to get rid of these annoying traces? 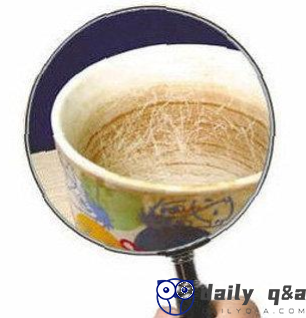 Tea scale is produced by oxidation of tea polyphenols

Of course, the components of tea scale formed by different types of tea are basically similar. Tea scale is a polymer produced by the oxidation of tea polyphenols in air, so it is mainly formed near the water line and attached to the inner wall of the container.

The results showed that the molecular weight of the polymer in tea scale increased with the time, which means that the polymerization of polyphenols is still slow. Therefore, it makes sense that the longer the tea scale lasts, the harder it is to remove it.

Last：Easy to remove the tea stain in the cup